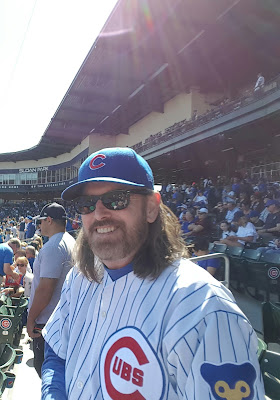 1. Connection - Crawling From The Wreckage Of A Saturday Night
2. Jackyl - All Night Rodeo
3. Electric Light Orchestra - Sweet Is The Night
4. The Conquerors - Yes I Know
5. Status Quo - April Spring Summer and Wednesday
6. Bad Company - Bad Company [Rockcast Remix]
7. Tubes - Haloes
8. Country Joe and The Fish - Marijuana
9. Country Joe and The Fish - The Fish Cheer/ I Feel Like I'm Fixin' To Die Rag
10. Country Joe and The Fish - Kiss My Ass
11. Peter Wolf - It Was Always So Easy [To Find An Unhappy Woman]
12. Old 97's - I Don't Wanna Die In This Town
13. Alice Cooper - How You Going To See Me Now/ From The Inside
14. Kinks - Apeman [True Stereo Alternative Mix]
15. Mike and The Mechanics - Don't Know What Came Over Me
16. 10cc - Honeymoon With B Troop
17. Blondie - My Monster

Man o man the country is in a mess. The likes I have never
seen before and I lived through the Nixon years. Ex generals
lying about getting cozy with the Russians is but the tip of the
iceberg. Fake news is everywhere. Calling it alternative facts
is only a fancy way of not saying it's a lie. If not the truth it
is a lie. Period. The gov'ment seems more interested in feuding
via social media with the cast of Saturday night live than getting
to work on our problems. One positive gleamed from the situation
is that the pundits and comedians have no shortage of material to
work with on a hourly basis. I have found myself tuning into the
lame stream media more than usual just to see what the man who
looks like he sleeps in a Cheetos bag is up to. If you like it or not
he is the man at large and in charge for the next three years eleven
months at the very least. He won the job and I would like to see
him succeed but not at the expense of the poor and legal immigrants
and minorities. Every new report is another step backwards. We're
taking so many steps backwards, already it looks like we are all
moonwalking.

Super Bowl weekend in Houston. Big Party all
over my home town. Should be a fun time for all.
Big AL's Swami prediction, New England 35, Atlanta
29. Sorry Hot-lanta friends. Tom Brady and the Empire
will get their fifth ring.